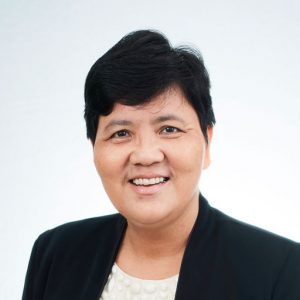 18The Reubenites, the Gadites and the half-tribe of Manasseh had 44,760 men ready for military service—able-bodied men who could handle shield and sword, who could use a bow, and who were trained for battle. 19They waged war against the Hagrites, Jetur, Naphish and Nodab.

When their obedience turned to crisis, they responded rightly by depending on God and trusting in Him. Their response was not in vain:

20They were helped in fighting them, and God delivered the Hagrites and all their allies into their hands, because they cried out to him during the battle. He answered their prayers, because they trusted in him.

The crisis became opportunities for God’s gifts of livestock, people, and land:

21They seized the livestock of the Hagrites—fifty thousand camels, two hundred fifty thousand sheep and two thousand donkeys. They also took one hundred thousand people captive, 22and many others fell slain, because the battle was God’s. And they occupied the land until the exile.

23The people of the half-tribe of Manasseh were numerous; they settled in the land from Bashan to Baal Hermon, that is, to Senir (Mount Hermon). 24These were the heads of their families: Epher, Ishi, Eliel, Azriel, Jeremiah, Hodaviah and Jahdiel. They were brave warriors, famous men, and heads of their families.

However, they enjoyed the gifts but forgot the Giver.

25But they were unfaithful to the God of their ancestors and prostituted themselves to the gods of the peoples of the land, whom God had destroyed before them.

As expected, we see the tribes collapsed—for the battle was still God’s:

26So the God of Israel stirred up the spirit of Pul king of Assyria (that is, Tiglath-Pileser king of Assyria), who took the Reubenites, the Gadites and the half-tribe of Manasseh into exile. He took them to Halah, Habor, Hara and the river of Gozan, where they are to this day.

During this Thanksgiving season, may we look beyond the gifts, and look at the Giver. Enjoy the gift, but enjoy Giver more for, in Paul Tripp’s words: the Gift is the Giver!