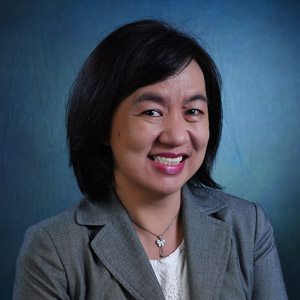 Dr Linda Bubod serves as the clinical director of the School of Counselling (SOC). She joined Singapore Bible College in June 2008 as full time lecturer and clinical director and later took over as coordinator of SOC in July, 2009 till June 2017.

Before coming to Singapore Bible College, she was the director of the Counselling Program at Alliance Graduate School in Manila from 2005- 2008. She was instrumental in helping counselling alumni put up counseling centers in Manila and birth counselling ministries in their churches through her mentorship, guidance and supervision. She taught and has spoken in schools, seminaries, mission organizations in the Philippines and in Asia (Ho Chi Minh, 2010, Colombo, 2009 and 20011, Khon Kaen, Thailand, 2009, Penang, Malaysia, 2011, 2012, and Manila, 2016, 2017 to name a few) on counselling related topics.

From 2000 to 2008, Dr Bubod has contributed articles for the Evangelicals Today, the quarterly magazine published by the Philippine Council of Evangelical Churches and to Light Touch magazine, in Manila. Light Touch focuses on issues that teenagers and young professionals struggle with. She later started as contributor to the Impact magazine in Singapore in 2010 on different themes and is involved in writing for Impact up to the present.

Dr Bubod served as a missionary for ten years before she enrolled for her MA in Counseling in 1998. She hails from the mountains of Lagawe, Ifugao, northern part of the Philippines. She is single and is joyfully involved in the ministry of counselling, teaching, supervising and mentoring others. She attends the Lutheran Church of our Savior in Singapore where she teaches on emotional health issues from time to time.

Dive straight into the feedback!Login below and you can start commenting using your own user instantly